Throughout the life of Google‚Äôs ambitions with smartwatches, perhaps the most iconic release has been the Moto 360. From its first-generation that caught everyone‚Äôs attention, to the second which, well ‚Äî didn‚Äôt ‚Äî the Moto 360 has been the one Wear OS watch everyone seemed to love. Now, in 2020, the Moto 360 is back, and it‚Äôs a serious contender for Wear OS‚Äô best offering. Here‚Äôs what you need to know.

Right off the bat, let‚Äôs talk about what‚Äôs always made the Moto 360 compelling: its design. The original Moto 360 was a striking piece of hardware that really pushed the boundaries of what we thought smartwatches could even be capable of at the time, with its super-slim bezels and raised glass design.

The new Moto 360, though, takes a more conservative approach that has a few thoughtful design choices. Visually, the 2020 version of the Moto 360 couldn‚Äôt be more starkly different from the original. It has a thick metal border and a bezel around the display itself. Visually, it‚Äôs a huge difference from the original, but actually very close to the 2nd gen that launched in 2015.

Personally, I‚Äôve grown to really like this design. Its 42 mm casing is a good size to sit on small and larger wrists alike, and there are some very smart choices in this design. The top, off-axis position of the rotating crown, for example, feels very natural and avoids your bent-backward wrist from triggering a button, something I often see happening on Fossil designs. At first glance, the watch looks extremely thick, but in reality, it‚Äôs no thicker than most Wear OS watches. The curved metal just gives off that impression. In fact, this watch is 11.68mm thick, a bit thinner than most competitors.

The designers of the new Moto 360 also stressed greatly to me in a recent chat just how durable this watch is. The aluminum casing of the Moto 360 is 3 mm thick, over twice that of some of Fossil‚Äôs designs, apparently. That thicker casing makes for a sturdier watch, and beyond that, the casing is designed to hold up as well. The ‚ÄúPhantom Black‚Äù model has a diamond-like coating (DLC), while the ‚ÄúSteel Grey‚Äù and ‚ÄúRose Gold‚Äù models have a PVD coating. Both of these are designed to help avoid scratches.

The new Moto 360 is durable in all the right ways

Clearly, the new Moto 360 is a tank, and in the time I‚Äôve spent testing it out, I‚Äôve not exactly treated the watch with care as per the designer‚Äôs own recommendation. Drops onto the floor and one accidental smack into a door frame have left my Steel Grey model without a scratch. Of course, I‚Äôd hope that would be the case for just a week, but it‚Äôs good to see regardless.

Another change to the new Moto 360 for the sake of durability comes with the glass. Previous generations of the Moto 360 featured glass that extended upwards to be the highest point of the hardware. That was absolutely begging for damage, but this latest generation leaves the glass behind a slight recess. It‚Äôs not major, but enough to give just a little bit of protection. 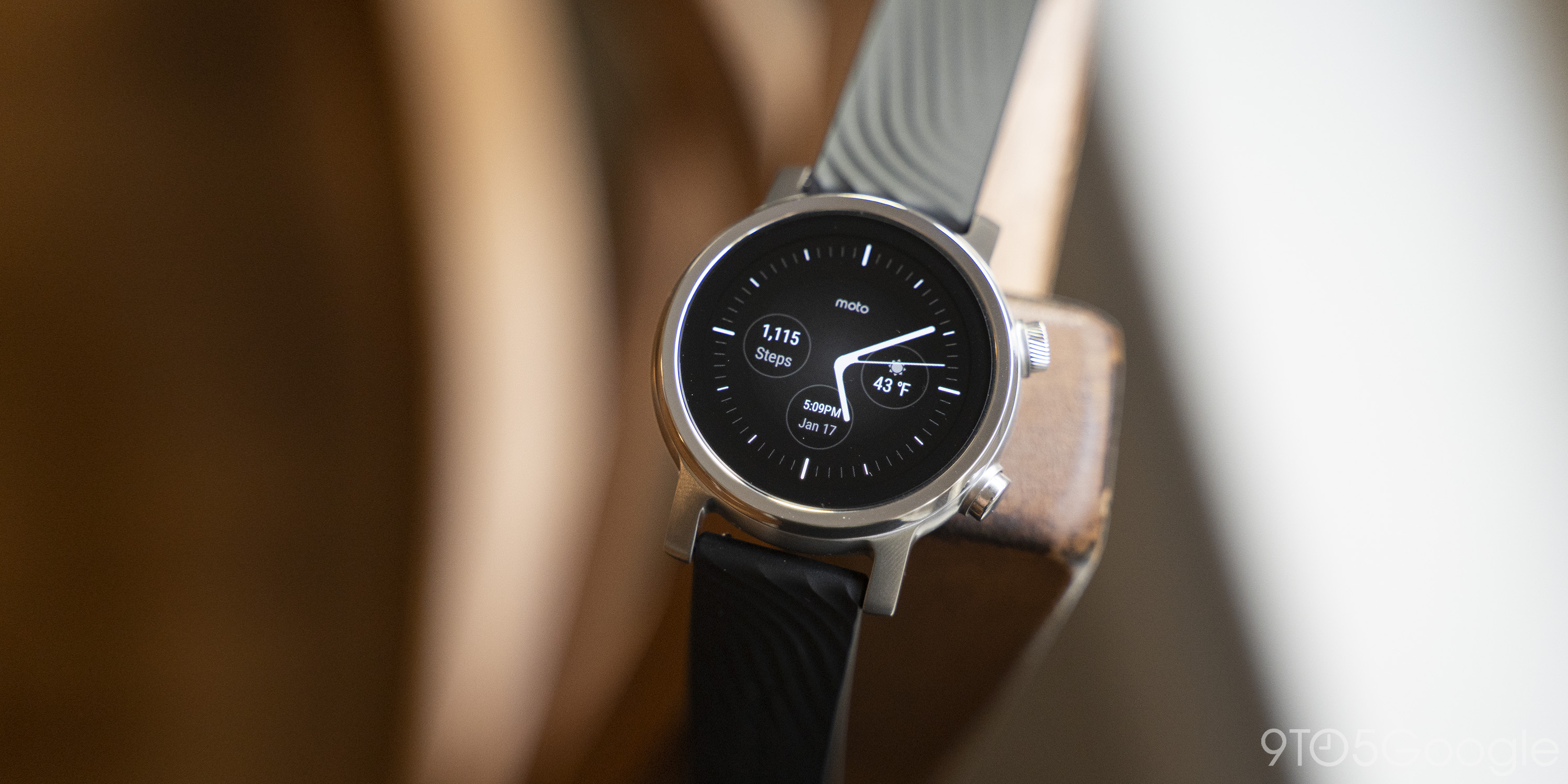 This latest Moto smartwatch is also the first of the series to have an OLED display, something I‚Äôm very glad to see finally adopted. It‚Äôs been quite some time since I used a previous generation 360, but I recall them having issues in bright situations, something I‚Äôve not encountered with the latest model. Just like what you‚Äôd find from the likes of Fossil, it‚Äôs a sharp display that‚Äôs bright enough for outdoor use.

Under the hood, there are also plenty of sensors ready for use with apps. Google Fit can take advantage of many of these sensors for tracking steps and workouts. The heart rate sensor on the back is also far more advanced compared to what Motorola used to use. I‚Äôm not exactly the best person to test it out, but the results I did gather from this watch line up with what I‚Äôve seen on other Wear OS watches.

As for the bands, two are actually included. The colors and materials vary depending on the model, but they‚Äôre all 22mm straps which are fine. The brown leather that comes with Steel Grey is nice if a bit generic while the black silicone band is pretty comfortable as well. The Motorola logo accents are a nice touch too.

Running the show on the new Moto 360 is the same package we‚Äôre seeing on other options right now. There‚Äôs a Snapdragon Wear 3100 processor and 1 GB of RAM. Performance as a whole is pretty good, comparable to what Fossil and Mobvoi have been getting. Lag has been rare, and I‚Äôve been using apps more heavily on this watch and, much to my surprise, they‚Äôve been running great.

However, this is still not ideal. The Snapdragon Wear 3100 is based on an ancient architecture that isn‚Äôt as efficient or powerful as it could be in 2020. Sadly, though, this is all Qualcomm has to offer right now, and really, there‚Äôs nothing else this watch could have used.

Speaking of not ideal, let‚Äôs talk about Wear OS. The software suite on the new Moto 360 is pretty much ‚Äústock.‚Äù Now, all Wear OS implementations are basically unaltered anyway since Google prevents that, but the 360‚Äôs version is a bit barer.

Wear OS is even worse when it‚Äôs bare

How so? Mobvoi, for example, pre-loads a small suite of apps, and some of them genuinely enhance the experience with features such as automatic fitness tracking. Fossil is an even better example. The brand‚Äôs entire catalog of watches come preloaded with Spotify, Cardiogram, and more useful apps. More importantly, Fossil also has a set of handy battery saving modes that the 360 simply lacks. As someone who previously used a Fossil Gen 5 daily, this has been the biggest adjustment. 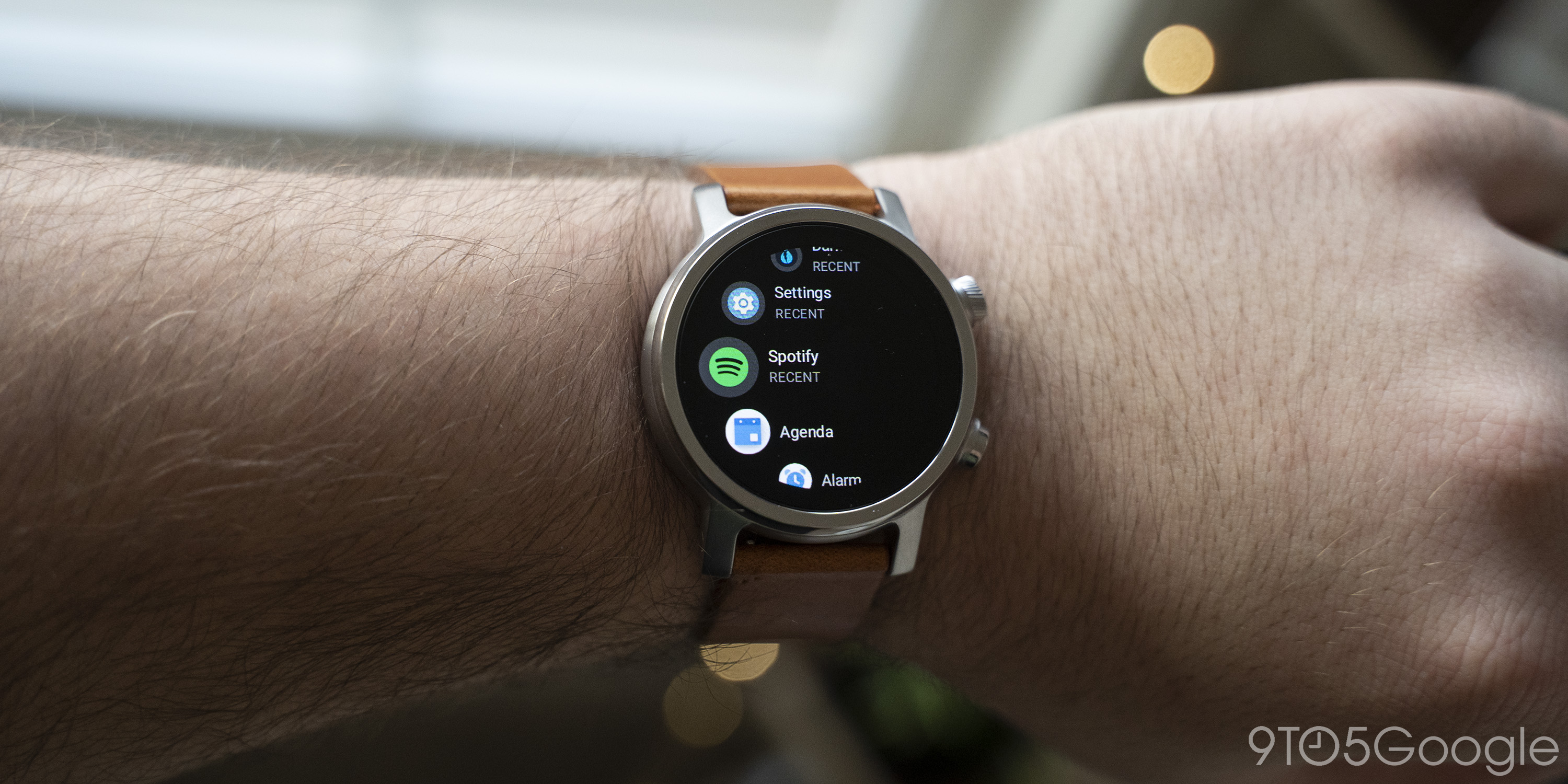 Wear OS as a platform gets a lot of criticism because it lacks features. Fossil and Mobvoi have put a lot of effort into making their watches offer a few extra features on top of Wear OS to better serve the user. It‚Äôs understandable, but a real shame that the new Moto 360 falls behind in this area.

Battery life is another huge complaint about Wear OS watches. Typically speaking, they all last a day, if that. After using it for about a week, though, I can say the Moto 360 has served me much better than most.

My typical day sees my putting on my watch at around 9 a.m. and leaving it on until the evening. Through the day, I‚Äôll get hundreds of notifications that light up the watch, but I won‚Äôt interact with all of them. Recently, I‚Äôve also been using apps on Wear OS a bit more, such as Spotify‚Äôs app. With that use in mind, this hardware has been lasting me a full day, with around 40% or so remaining when it‚Äôs time for bed. 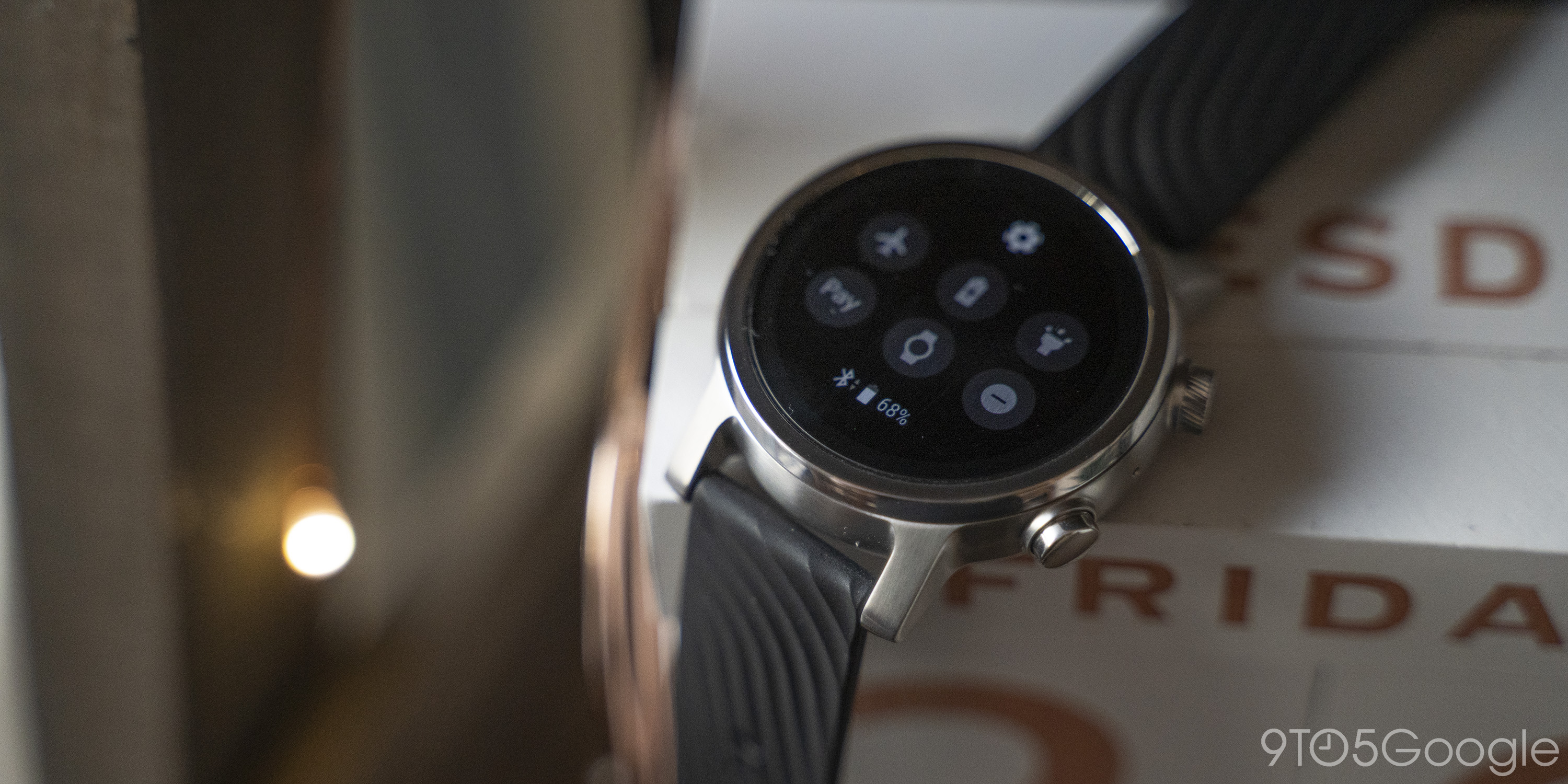 How can you extend battery life on the 360? One tip would be to use a specific watchface. In the settings, the 360 will recommend using ‚ÄúFlow‚Äù for your watchface, because apparently it‚Äôs the most power-efficient.

I also took a tip from the watch‚Äôs designers when it comes to charging. Since this product features fast charging, I haven‚Äôt been charging it nightly. Some days, I just don‚Äôt want to wear a watch while I work, so I plug it in when I don‚Äôt need it during the day ‚Äî perhaps during a shower ‚Äî and pick it back up when it‚Äôs needed. If you charge the Moto 360 just during your morning routine and grab it when you leave, you‚Äôll probably find it‚Äôs fully charged by the time you have to leave. If you want to use it for sleep tracking, you probably can, thanks to this.

Battery life is good, but the dock is pretty awful

I‚Äôve been satisfied with battery life on this watch overall, even being able to squeeze out just shy of 48 hours on average so far. However, I can‚Äôt say the same about the charger. Unlike previous generations that used Qi charging, this model uses a magnetic dock with pins.

It works, it‚Äôs faster than wireless, but this dock just isn‚Äôt good. The designers wanted to replicate the stand from previous generations, but it just leaves us with a weird charger that looks ugly on a table. This is perhaps the biggest complaint I have about the entire watch.

However, I‚Äôm also willing to forgive this, thanks to the decision that was made with the backing material. In case you‚Äôve missed it, Fossil‚Äôs past two smartwatch generations have been using a magnetic ring for charging, and the entire assembly is attached with glue. A quick search on Reddit reveals hundreds of reports of the rings or the entire back falling off as a result. The Moto 360, on the other hand, has screws to hold the backplate in place.

So wait, Motorola‚Äôs not making this?

There‚Äôs one thing you need to know about the new Moto 360 before buying it. Motorola doesn‚Äôt make it.

Motorola dropped out of the wearables game in 2015, and in the time since, hasn‚Äôt expressed even a bit of interest in returning under Lenovo‚Äôs ownership. As a result, a longtime Motorola partner by the name of eBuyNow has struck up a five-year licensing deal that allows the company to produce new Moto 360 devices under the same branding, even including the iconic Motorola logo on the back of the watch.

So what‚Äôs the situation? eBuyNow has all of the financial risk in this. Motorola hasn‚Äôt contributed money to the development of the watch, but they were involved to some capacity with the designs. It‚Äôs a mutually beneficial deal for both companies, and at the end of the day, it revived this Wear OS favorite. 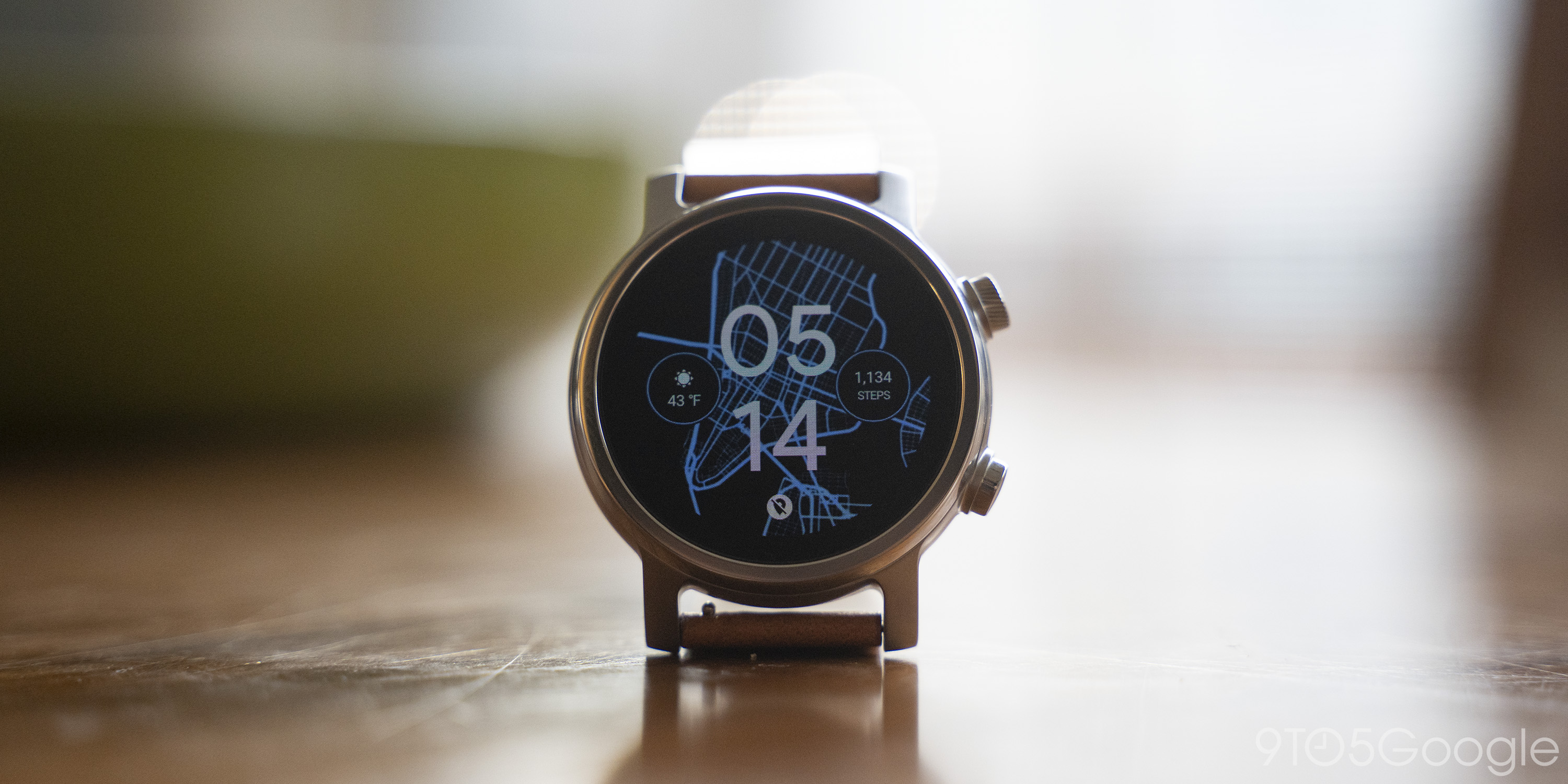 What can you expect from eBuyNow? In a quick chat with the 360‚Äôs designer and some other representatives from eBuyNow, my first question was whether or not this was a ‚Äúone and done‚Äù sort of thing. The answer is a clear no. eBuyNow plans to keep going with this hardware, but how heavily it will invest depends on the success of this first model.

My other question regarded software updates and, yes, updates on the new Moto 360 will be distributed just like other Wear OS watches. They did hint that they‚Äôre even working with Google to make Wear OS updates a bit more predictable, too, which is something everyone would benefit from.

Is it worth it?

However, outside of its durable hardware, there‚Äôs not much that makes this a better buy than other options. Fossil Gen 5 is cheaper with the same specs and battery saver modes. It‚Äôs also going to be on sale way more often. Mobvoi‚Äôs Ticwatch Pro 4G has a useful second display that‚Äôs better outdoors and offers even better battery life. 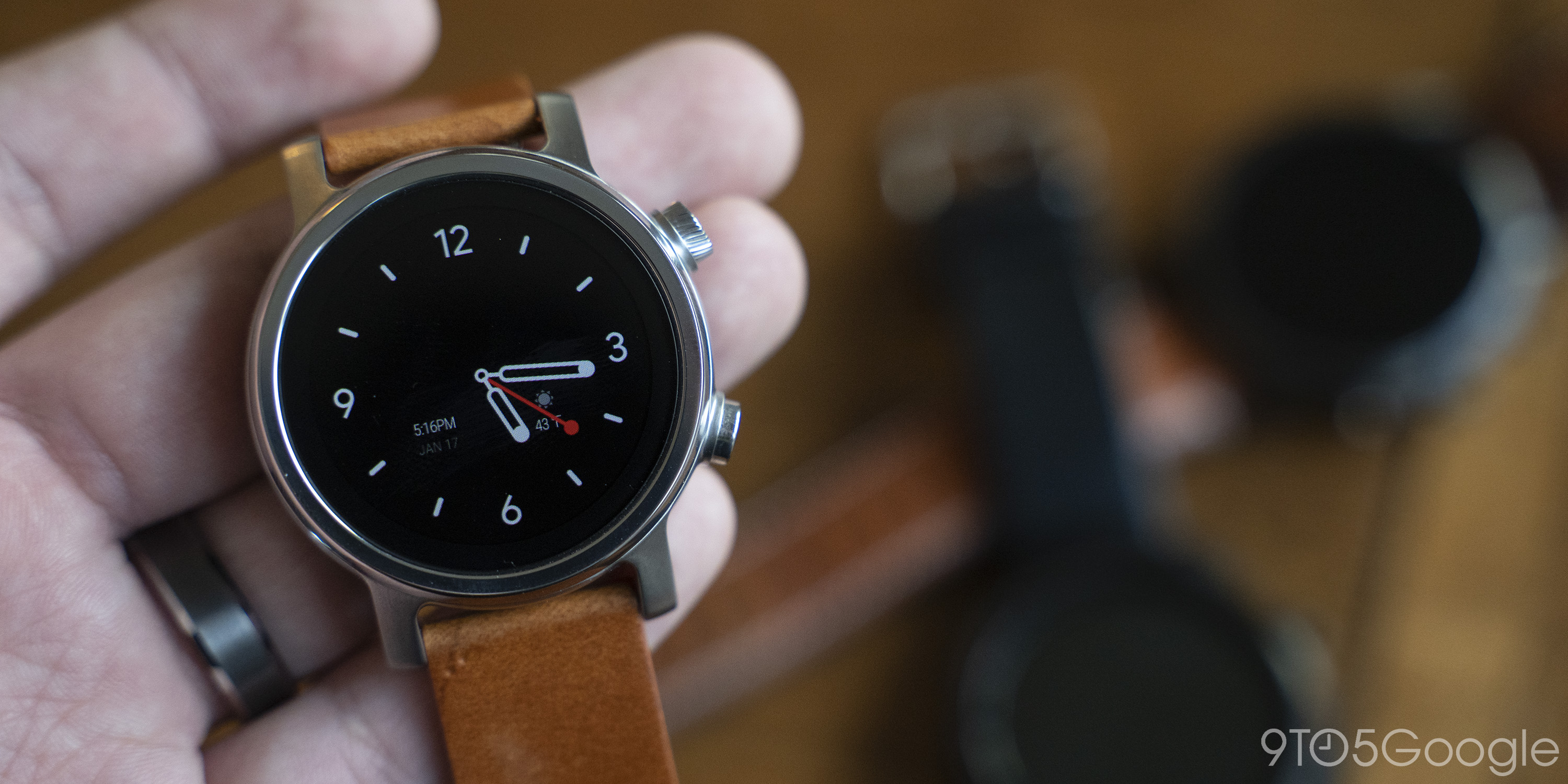 In my eyes, the new Moto 360 is a very good product, but it also uses nostalgia to cover up for the fact that it brings less to the table. Should you spend $349 on it? For a lot of people, it might be worthwhile. If you‚Äôre one of those people, you can buy the watch exclusively on moto360.com.

« Are wearable devices the future of infectious disease surveillance? – Devex Items to get you started on creating your smart home – Williston Daily Herald »