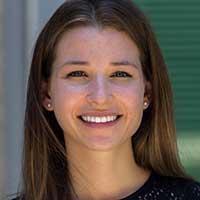 New findings show the accuracy of a patient‚Äôs heart rate measured by a wearable device can vary, depending on the wearer's everyday activities.

A new study from Duke University investigators highlighted the need to better understand the accuracy of wearable devices and determine how errors in measurements could affect research conclusion and inform medical decisions.

The team, led by Jessilyn Dunn, PhD, assistant professor of biomedical engineering at Duke, started the study because they were seeing evidence that indicated that wearable devices were not working as well for individuals with darker skin tones.

Because the companies that manufacture such devices don‚Äôt put out metrics about how well the technologies work across different skin tones (F1:7, F2:8, F3:10, F4: 9, F5: 9, F6:10), the team wanted to ‚Äúcollect evidence about how well they work and identify potential circumstances where they may not work well,‚ÄĚ Dunn said in a statement.

Dunn and colleagues tested 6 different wearables‚ÄĒ4 of which were commercial devices (the Apple Watch 4; Fitbit Charge 2; Garmin Vivosmart 3; and Xiaomi Midband) and 2 of which were research devices (Empatica E4 and the Biovotion)‚ÄĒon a group of 53 individuals. In order to achieve an accurate baseline, each participant wore an electrocardiogram patch to measure their true heart rate during each activity.

The study included 3 phases of baseline, deep breathing, activity, washout, and a typing task. For baseline, participants sat in a comfortable position for 4 minutes. Then the individual immediately completed a deep-breathing exercise where they breathed in sync with a one-minute video. After the deep breathing, the participant did a five-minute walking activity. Heart rate was monitored to ensure the participant reached 50% of their maximum heart rate and did not exceed their maximum.

A two-minute washout period occurred prior to the typing task to ensure the heart rate returned to baseline. Participants typed on a computer keyboard for 1 minute before switched devices to begin the second phase.

At rest, individuals with FP5 skin tone had the largest mean directional error across all devices and FP1 had the lowest mean directional error (‚ąí4.25 bpm and ‚ąí0.53 bpm, respectively). The darkest skin tone, FP6, had the highest mean absolute error and the second darkest tone, FP5, had the lowest at rest (10.6 bpm and 8.6 bpm, respectively). The average directional and absolute error across all groups at rest were -2.99 bpm and 9.5 bpm.

Skin tone was not the driver of directional or absolute error, the investigators reported.

The highest mean directional error occurred in FP5 and/or FP6 during activity in all of the devices, except for the Xiaomi Midband 3.